If you happen to cross paths with Captain Johnny Faevelan, probably you’ll see him listening carefully to somebody, either a crew member or a guest enjoying a vacation of a lifetime on the largest cruise ship in the world, the Allure of the Seas.

Attentive to details, he smiles often, and this is how, the Norwich author, Arvid Møller, portraits him in his book The Captain Johnny Faevelen. The fisherman who became captain of one of the World’s largest cruise ships.

Møller has written several biographical, and when he came up with the idea of talking about the life of a captain of a cruise ship, he reached for the Royal Caribbean Cruise Line. Then, the name of Captain Johnny was suggested.

So that, the journey begins in 2002, when, Møller is on board of the Adventure of the Seas, at that time the largest in the world. While traveling in the Caribbean, from St. Martin to St. Thomas, the story goes back up to the time when Captain Johnny was a little boy living in Norway, where he learned from his father the secrets of trawling for shrimp. His love for the Sea has been constant ever since.

As he grew up, it was only natural for him to explore sailing opportunities faraway from home, this gave him not only the chance to see the world, but to make new friends and confirmed, one more time, that he wanted to spend his life traveling the world on a ship.

Several years later, Captain Johnny finished his formal studies and started working for a cruise line, from there, he climbed several positions up to the point when he was made captain of his own ship at the age of 38. However, during all that time, he always valued the lessons and experiences that he gained during his years as a fisherman.

Now, twelve years after the book was published, Captain Johnny remains the same, generous with his time, kind to the people and firm when it’s needed, as the safety of the people onboard is his highest priority.

Have you had a hard time trying to follow a recipe? If this is the case, the Picture Cook is the answer to all your worries. 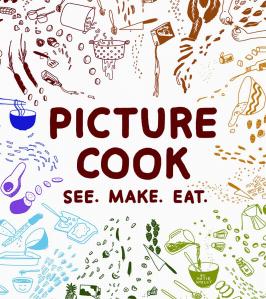 Published in 2013 by Ulyses Press and developed by Katie Shelly, this original book replaces most of the words, to deliver a number of recipes with drawings and simple instructions. By this way, it’s possible to find all sort of dishes, from enchiladas and rice, to salads and desserts.

How did this idea started? Katie Shelly answers herself:

“One day a friend was telling me a recipe over the phone, and I took notes by drawing, sort of without even realizing it. Later that evening when I was cooking I found it really easy to follow that recipe-as-drawing. That inspired me to make more recipes into drawings.

“I distributed a PDF of ten recipe-drawings to my friends via e-mail. They really loved the digital “cookbook,” so I submitted it to Drawn!, a now-defunct illustration and cartooning blog that I liked a lot.

“The illustrator John Martz posted it on the blog, and it quickly exploded on the internet. It got a very good reception from people all around the world, even non-English speakers because you don’t need to know much English to understand the recipes. From there, I got an agent and started talking to publishers. And that’s how it snowballed from a ten-recipe PDF to a fifty-recipe hardcover book”.

– How did you choose the recipes that appear in the book?
I wanted the book to be eclectic– healthy; indulgent; easy things and hard things; American, global, classic and weird stuff. The recipes in the book are from a combination of sources. Some are from friends, some are my own, I even sourced some from people on Facebook who were fans of my project from the very beginning.

– Did you get any help from a chef?
Yes, my friend Nick Perkins is a chef at Marlow & Sons, a restaurant in Brooklyn. He advised the whole way through, looking at early drafts of the book and submitting a few of his own recipes as well.

– Was it difficult to transform the recipes into drawing?
Not hard at all! I just think about the steps, draw them down, and then wiggle the different segments around the page until it looks nice. Once I have a skeleton structure, I go in and flesh it out as a detailed drawing. I do this on the computer, in Photoshop, so it’s easy to shift things around.

– How long did it take the whole book project, from the original idea up to it was published?
The original idea happened in 2009, but the project was sort of sleeping between then and 2013, when the publishing deal finally came through. Once we agreed on a length, number of recipes, trim size and all those specs, it took about 7 months to actually produce the book.

– Are you currently working on another Picture book? If so, what is it going to be about?

So, while Katie finds a source of inspiration for another original book, the Picture Cook. See, Make. Eat book gives people who love cooking, who want to learn how to cook, or who love design, a great chance to spend a relaxing time.

* All images courtesy of Ulysses Press

Some weeks ago, while I was on vacation, I got into a library and started wandering around. I wasn’t looking for anything in particular, I was just enjoying the fulfilling experience of being there.

Of course I looked at the book titles, and even though I was tempted to read many of them (some of which I had already at home) I resisted it and kept on looking, until… of course I took one.

The funniest thing that has happened to me in a library, as the title of this particular one was The burglar in the library!!! It was so hilarious finding this title right in a library!!! I had to read it!!!!

So I borrowed the book, of course, and I have to say that it was kind of funny when I stated the title on the library log. I even had that funny urgency of checking if someone was looking over my shoulder… And I think someone was…

Anyways, I borrowed the book from the library and started reading it right away. I had never read anything by Lawrence Block, and I felt somehow bad as I love mystery books a lot. But, it’s never late to start, right?

The first two chapters passed like time itself, fast. Then I couldn’t just leave the book there, sitting in my room and I started to take it everywere I went… then the fun continued as everytime I encountered someone I knew, they asked me “What are you reading”…

I’ll never forget the expression on their faces when they read the title, expression followed (everysingle time) by the inevitable question, “but you’re returning that book to the library, aren’t you?”.

Suddenly I felt that I had become an accomplice of Bernie Rhodenbarr, the main character of this book, who, happens to enter a British Cotagge style hotel in the oustkirts of New York city, just to get a unique copy of a valuable book written and autographed by a famous author some time ago.

It was even funnier because right below the title was pasted a huge stamp that noted “this book belongs to the library”.

So, feeling myself like a character created by Block, I just smiled at the situation, enjoyed every single page of the book, and journeyed along the guests of the British-like cottage created by Block, as they were followed, room by room, by mysterious events that made them fear, doubt and bond to each other during a strange weekend that went way beyond the walls of the library, and that finally made Bernie Rhodenbarr realize that getting this book for his personal benefit wouldn’t be that best of all ideas.

As for me, it’s needless to say that I returned the book to the library right on time. 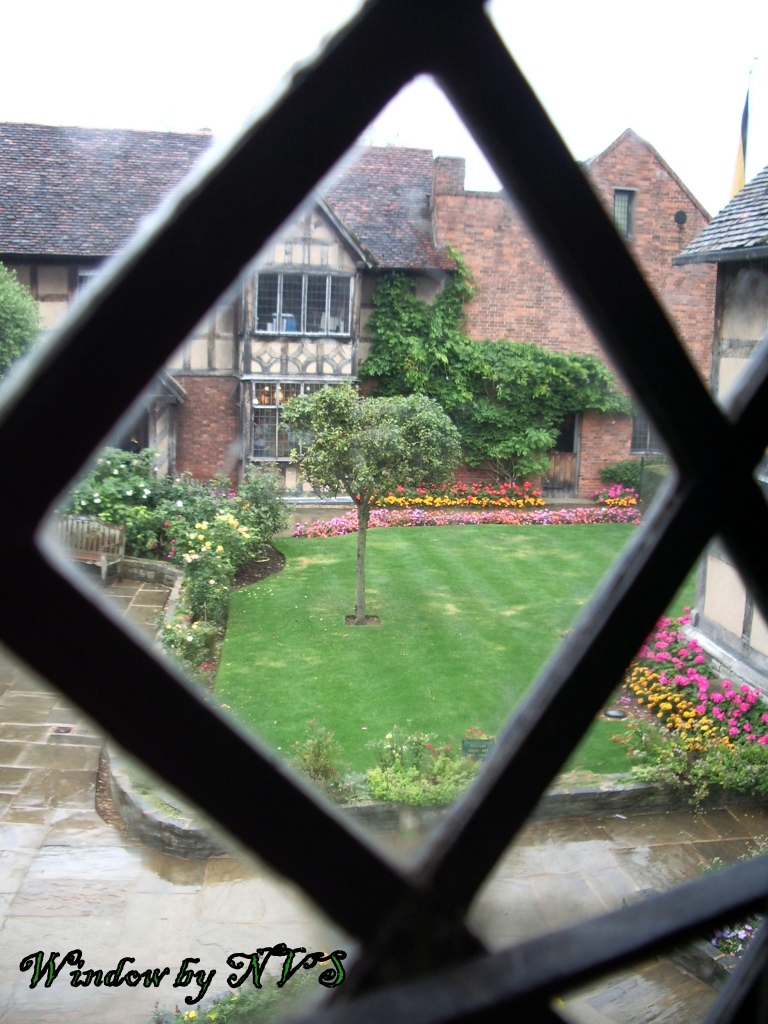 When I first read about the Philippinean author Francisco Sionil Josè, he was described as a poet, as well as a novel writer.

As I wanted to learn more about the history and literature of the Philippines, I got Dusk, a novel by Sionil which marks the begining of what’s being called ‘The Rosales Saga’, a series of five books that tell the story of that nation, since the late years of the 19th century up to the 1970’s.

Once I started reading it, I understood why the author had been referred as poet, and it was because of the way he transformed common phrases into poetry.

Along with the soft rhythm of its words, all the landscapes of the country and the scenes of the book are describe in such a subtle way, that the turning of the pages goes on and on, almost in an imperceptible progression.

But not only the use of the language is magnificent, the historical aspects are delivered in an enchanting way, that it’s difficult to put down this novel that tells the story of Istak, an Ilocano young man who sees his whole life turned upside down due to the sudden journey that his whole town is forced to take until they reach the south of the Pangasinan area, were -a bit farther of Rosales- the new town of Cabugawan is established.

However, writing this book wasn’t easy for Sionil. As he says, he had the first draft ready in a month and then it took him over 30 years to have the book ready, as he continued researching the facts and kept on revising his manuscript.

This is why, even though Dusk shows the beginning of the historical saga, it was indeed, the last one to be published.

The other books that complete the Rosales series -written between 1962 and 1984- are Tree; My Brother, My Executioner; The Pretenders, and Mass. All of them, show different aspects of the history of the Philippines, with the Rosales town as a common link among them.