In response to The Daily Post’s writing prompt: “Inspiration.”

I recently came across an infographic that shows how similar some bookcovers are and that has kept me thinking about what an ideal book cover should look.

Some time ago, while looking for an ideal title, a friend of mine gave me the following advice: “Imagine the stories finally published in a book and is in a bookstore shelve, what title will make it stand out amongst other books in the shop?”

Ever since, I picture imaginary book lovers, wandering in a bookstore, enjoying themselves, just letting their hand picking up all those books that they get attracted to.

According to an article published on The Fast Company, there are some key elements that help a book cover to become an instant target such as striking colors; a design which allows the readers to immediately get an idea what the book is about, and a cover that keeps looking attractive no matter if it’s on the physical book, online or on social media with very small dimensions.

On the other hand, there’s always the option of doing something unusual and going for a cover designed to judge the readers emotions …yes! Just as it sounds! A group of Dutch designers came up with the idea of creating a Book Cover Prototype which allows a book cover to scan the person’s emotions, and “only when it’s approached with no emotions (that means, that the reader’s not judging the book by its cover) the book will open!

But, while each one can decide which is their ideal book cover, why not have a good time looking at the twin designs that some bestsellers have opted for:

In response to The Daily Post’s writing prompt: “Close Up.”

In response to The Daily Post’s weekly photo challenge: “Half and Half.” 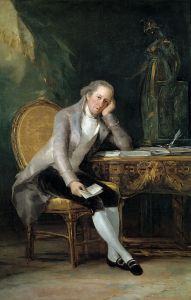 For 55 years, To Kill a Mockingbird, was considered not only a classic of modern American Literature, but also an inspiration for lawyers and readers who found in Atticus Finch, a role model and an inspiration to act with integrity no matter how hard and challenging the circumstances were.

Today, as the world is reading the “long lost” second part of this novel written by Harper Lee, they’re set to discover different faces of the personality of Atticus Finch, some of them which have already uncovered by the media, during the previous days.

Some readers have shared on social media their surprise on the new turn the beloved character takes in these book, Go set a Watchman, and some others have even asked if it was really necessary for the author to have written a sequel.

It’s said that, when the manuscript was discovered, it had been written even before To Kill a Mockingbird. One more mystery that remains about Lee’s works, as well as the recent news that say that it might be a third book written by the same author.

Either way, the appearance of this new novel has been the cause of many many book chats all around the world, and that has kept me thinking about the big chances that authors and publishers take when they create a new piece of fiction based on a well-known, and often beloved, character.

Not so long ago, the Algerian writer, Kamel Daoud, published his first novel, The Meursault Investigation, in which he shares the point of view of the brother of the “Stranger” who was killed by Meursault, in the famous novel by Albert Camus, The Stranger (also called The Outsider).

The story written by Danoud, is placed in today’s Algeria, and shows it through the eyes of his main character, who was seven years old when the original crime happened.

The novel was awarded the first prize by the French Académie Goncourt, last May, and it has received positive comments by the critics and the readers. In this case, things have gone all well for the author.

A complete different situation is the one that faces Pablo Katchadjian, an Argentine author who is currently dealing with a lawsuit, due to the work he has done with “The Aleph”, a fictional piece written by the also Argentine writer, Jorge Luis Borges.

Katchadjian remixed Borges’ stories, adding his personal writing, to compose what he called “The Fattened Aleph“, which has resulted now in formal charges of intellectual property fraud. According to Katchadjian, it’s work is only a “legitime experiment”.

In some other cases, developing new stories based on famous novels has been more and act of love for the characters and a deep curiosity of the readers, that takes them to complete unfinished stories, such as The Mystery of Edwing Drood, the last manuscript, left incomplete by Charles Dickens; or the many authors who have developed new mysteries, only for the pleasure for them to be solved by the famous Sherlock Holmes.

Mexican pottery is a unique symbol of the country’s culture and history, as it combines folkloric handcraft methods, historical designs, and years and years of traditional cooking that have been preserved from the Pre-Hispanic years, up to these days.

In response to The Daily Post’s writing prompt: “Symbol.”

I love the feeling of openess that this images shows through a contrasting context in which a door marks the entrance of a beautiful place surrounded by a blue and white sky and cheerful vegetation.

In response to The Daily Post’s writing prompt: “Door.” 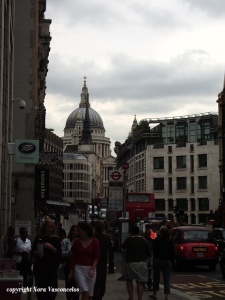 Finding the kindness of strangers is something that always brings back to me my faith in humanity, and I should say that I’ve been truly fortunate, because in many occasions, particularly while traveling, I’ve found a friendly hand coming to my help.

I remember in this moment particularly two situations that have marked my affection for the English people.

It was my first day in London, after some years I hadn’t visited the city, and even when I remembered well the main landmarks, I still needed the help of a map to move around.

While opening my map -yes, one of those that spread everywhere and unfold in an awkward way while fighting with the wind- a businessman who passed by me in a hurry to catch his bus, came back to see how he could assisted me.

Surprised, and really grateful, I thanked him, but asked him to hurry up so he could catch his bus. But he didn’t leave. He said he’d take the next one. He wanted to be sure I’d understood all the directions correctly so that I wouldn’t get lost.

One I got my bearings, I assured him I was really sure what way to go. It was only then when he left, in a hurry again, walking fast to catch the next bus that was arriving at that moment.

Some days later, after doing some traveling around the country, my bags had grown in size and weight, as it always happens when one is having a great time buying those unique things that you know you’ll be able to find only in that little hidden store of a charming town in the countryside far away from where you started your journey.

So, coming back to London, I didn’t find any problems getting onto the train, as it was a terminal station. But where I was supposed to get off the train, it was meant to continue to other stations, so I’d only  have a little time to pick up my luggage and leave the train.

I was still on route to my stop and I worried for a moment. I said to myself “how am I going to take everything out on time!” But the anguish lasted only for a short time, as I knew, I was sure, that someone would help me out. And so it happened!

Faster than I could realize it, a man and a woman helped me to carry my bags while exiting the train. So so nice of them!

Then, a couple of minutes later, while I was trying to place the bags in a way that I could carry them all the way to the door of the terminal in which I could take a taxi, a young lady, wearing a suit as if she was coming to the city to work, took one of my bags, smiled at me and said “let’s go”. And she helped me all the way until we reached the right exit.

Those moments, and the faces of these two people, have remained in my head over the years. Helping me feel better when times are hard and I need some certainty that in this crazy world there’s always someone kind enough as to take some time or go into some trouble, just to be sure that you wil be alright.

To all those kind people out there, thanks again!

In response to The Daily Post’s writing prompt: “The Kindness of Strangers.”