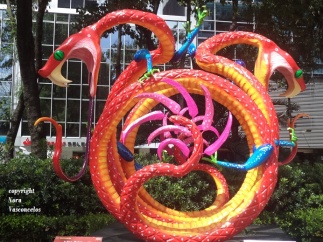 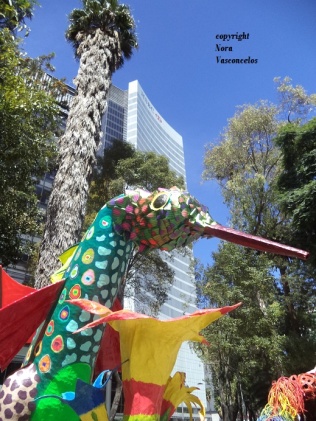 This fantastic gallery combines the lively colours of imaginary creatures created by Mexican artisans with the vibrant daily routine of Mexico city. 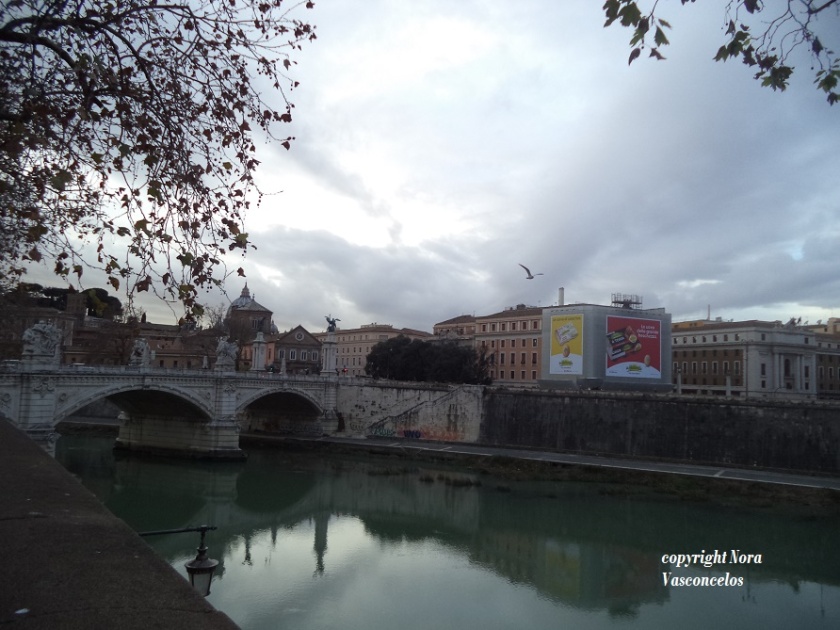 I recently had the opportunity to spend a lovely time in Italy. While walking around the unique streets of this amazing country, I started taking photos of seagulls that had gracefully found a place on some of the most well-known Italian landmarks, and it was so that I thought I’d compose a post letting this adventurous birds take the stage. 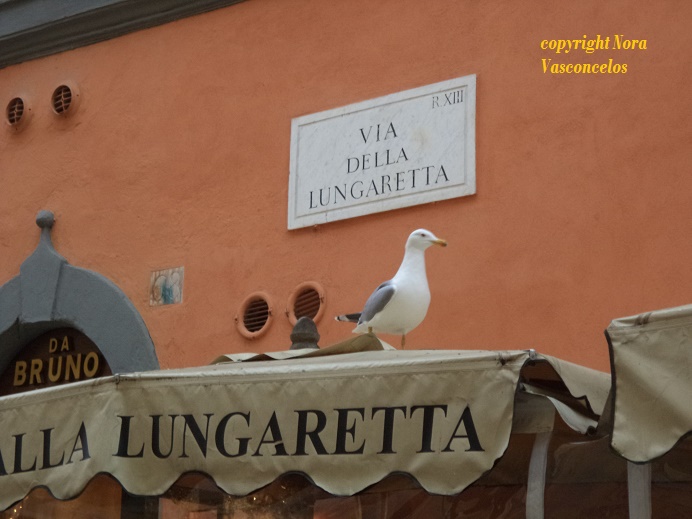 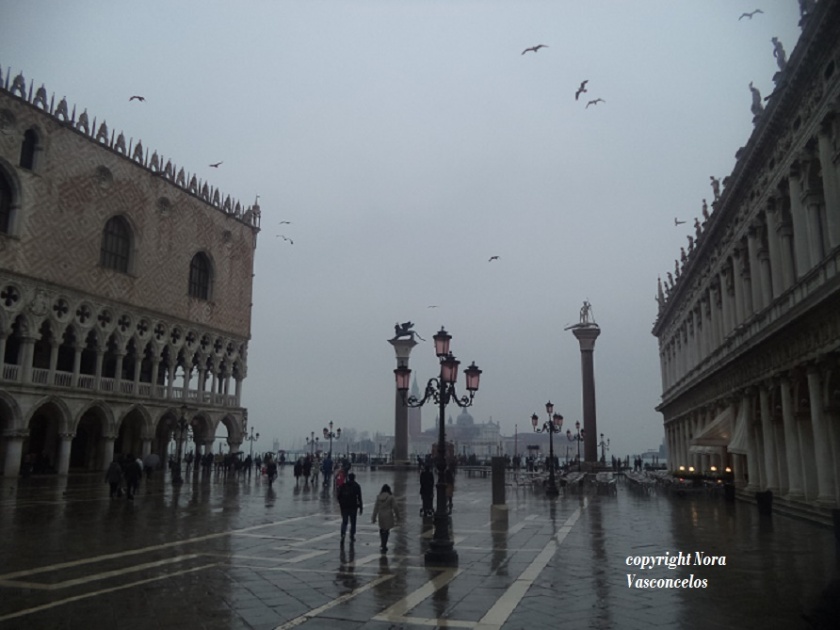 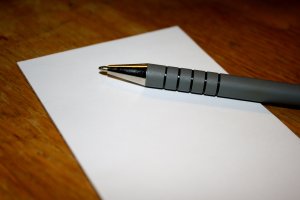 The other day I wrote about my perspective about The Future of Books, and how I deal with the interesting reality we live with nowadays in which we deal at the same time with digital and print editions and how even though I recognize the advantages of eBooks, I keep this romantic feeling towards printed books which I can hold on my hands and let my mind fly with it’s content while my senses tell my mind the way any given book smells, weights, looks and sounds.

So, this week I want to talk about how I’ve faced the evolution of writing and how I see it’s future. And to start talking about this I’d like to share some thoughts that came to me when a fellow book lover from the website Forgotten Books told me about how newspapers also have changed through the years, from print smelly editions to digital dynamic ones.

This reminded me of a book I read a while ago written by Gabriel Garcia Marquez, which title in Spanish was Vivir para contarla, translated into English as Living to Tell the Tale, in which the Colombian writer shares with colorful images his first years as a writer, trying to catch any opportunity that would lead him toward his goal of making of his passion for writing a profitable career.

While struggling to survive while persevering on his goal, he came across with a job as a reporter for a newspaper, and it’s in this part when my mind got absolutely captivated by Garcia Marquez writing as he totally managed to capture my thought and my senses to transport them in an instant imaginary trip to the newspaper building where I seemed to be invisibly walking side by side with the young Gabriel who rush from here to there to get his stories, and after that, I accompanied him from the hustle and bustle of the newsroom, to the immense magnitude of the place where the huge press printed with it’s restless movement the new editions that will be distributed few hours later.

At this point of the book, I could swear that I was actually smelling the strong scent of the ink and hearing the constant noise coming from the press printing on paper what young Gabriel has written earlier first on his notebook (an actual notebook made of paper) and later typed on a typewriter, which nowadays is pretty much an element from the past or a vintage good, of which many young generations might never heard.

Those were the time when there was no internet, no websites, no blogs and even harder to imagine… No Facebook, nor Twitter!!!! But yes, that was life in the 1950’s.

Now it all seems like an incredible story, because for writers and reporters worklife has totally transformed in just a few years, ever since the first computers came available for commercial uses, up to now when it’s actually hard to leave aside the cell phone or the table (whichever the model or the brand) even if it’s just for a few minutes, as the temptation to read or post something right away as the idea comes or the even happens.

Writing life nowadays happens in a hurry, much more than it was in the past, and I think the future generations will remember at some point that the work we do in these days with some nostalgic as it “was the way things were done in the past, when modern technology wasn’t as modern as it’s today”.

However, I have to say that I feel actually bless for having had the chance to know both words, previous the internet era and post the notebook (the computer) appearance, because this has giving me the outstanding chance not only to enjoy the changes but also the ability to work under different circumstances.

And this reminds me of a story I read a while ago when the famous (or infamous I should say) huge blackout affected the east cost of the U.S. and Canada, and this news man with the Toronto Star wrote about how after reporting the event, he actually went back to the newsroom to face the unimaginable question ‘How are we actually going to get our edition out?’ and it was then when the old-almost-forgotten typewriters came on handy. It was a time when an old fashion machine actually save the world, or at least, their world.

It also reminds me on how well the writers of the old TV series Murder, She wrote, managed to present how the main character, Jessica Fletcher, a mystery writer, first resists the change that’s coming and refuses to give up her typewriter, until one they when one of the machine key refuses to print one letter, the same one that she has to use the most as her main characters’ first names start with that same letter. Then it starts a tough process in which Jessica goes to school and starts to get acquaintance with her new PC, and, as she discovers, little by little, all the benefits that this new machine brings, she starts to feel more confident and more convince that she will never go back to her old typewriter, which she actually accomplishes, until one day when… her new notebook (computer) bakes down and she ends up finishing her urgent works with her very own and very old, typewriter.

Nowadays it’s hard to even imagine going to all that painful process of having to type a whole page only because you made a mistake, but, I’m grateful I actually had the chance to have worked with one of those machines, as now I appreciate much more my tiny computer, which I can take wherever I go, and I’m also thankful for those wonderful cell phone that allow us to connect to internet everywhere, and I’m a big fan of these wonderful tablets that make the art of traveling with a lot of information, a complete pleasure, as the only thing I have to carry on my suitcase is the tablet and not some heavy ‘tons’ of paper.

So, although it’s hard to actually imagine what the future will hold, and how writers will have to evolve with it, I’m totally up for the ride! 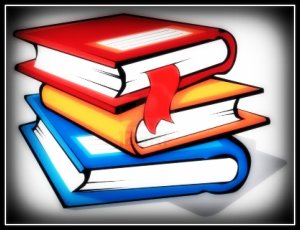 As ebooks beocome more popular, I keep of having mix feeling about them.

On the one hand, I feel amazed by how wonderful these ebooks are, as you can simply file them in your ebook reader or your tablet and take them all around, as many as you want, without even having any problems with space. This is a wonderful thing while traveling.

On the other hand, I always miss the exciting feeling of having an actual book in my hands, feeling them and even smelling and listening to them as I turn the pages.

I also miss the outstanding feeling of wandering around the bookstores. I remember it was just a few years ago when going to the bookstore was one of the most exciting experiences as I was able to get almost any book I wanted at any given time.

However, this has been changing very quickly and nowadays it’s harder to find those huge bookstores in which everything was around. Now even though the bookstores keep a big selection, most of the time when a book’s not found on the shelves you’re often offered a book order by the same boostore.

At the same time, I’m grateful for the digital iniciatives like Project Gutenberg that aim to spread the love for books by sharing with the world thoushands of ebooks.

This kind of digital universal libraries remind me of an essay written by Isaac Asimov called The Ultimate Library, in which the author foresaw in 1980 what was going to be like the library of the future, in which, according to him, everything would be digitalized and people could reach any book just by connecting to a personal gadget such as a TV Set.

In his article, Asimov shows all the advantages of a Global Computarized Library that will contain all the knowledge of books around the world.

At the same time, the writer explained the benefits of the practical applications of the knowledge gotten from those digital books, and said that this wouldn’t be end the publishing business, it only would transform it, Asimov said.

So, while the books world keeps on changing, readers like me keep on trying to adjust fast to these new technologies, and in my case, I keep on treasuring more and more my big collection of printed books.

As for the new generation, the same Asimov said it well, it will be difficult for them how was the world without digital libraries.