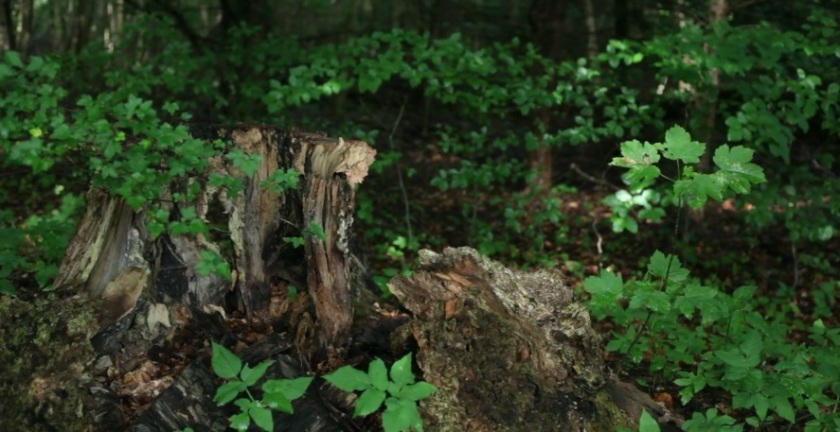 Recently, it was announced that the first book of the Future Library project had been delivered by Canadian author Margaret Atwood. The manuscript, titled Scribbler Moon, will be published in 2114.

In an essay shared by the Future Library, Atwood considers this project “the material basis for the transmission of words through time… as a time capsule, since the author who marks the words down and the receiver of those words – the reader – are always separated by time.” 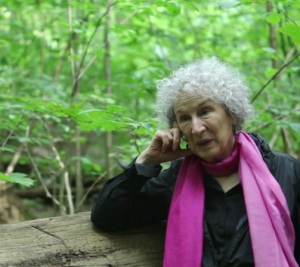 This project was developed by the Scottish artist Katie Paterson. Along with the collection of unpublished works, the futuristic plan includes an ecological component, as 1000 trees have been planted in a forest right outside the Norwegian capital, Oslo, so that the plants and the words will grow together in time. When the 100 years have passed, the manuscripts will be published, using the wood from these trees to produce all the paper needed.

Year after year, an author will deliver a new manuscript, in this case, David Mitchell is the one in charge of creating the next new literary piece, which is set to be delivered in 2016.

Quoting Chinese proverbs, Mitchel said about this challenge: “is the basking in the shade of trees planted a hundred years ago, trees which the gardener knew would outlive him or her, but which he or she planted anyway for the pleasure of people not yet born.”

By this way, Mitchell sees this project as “a vote of confidence that, despite the catastrophist shadows under which we live, the future will still be a brightish place willing and able to complete an artistic endeavour begun by long-dead people a century ago.”

According to the Future Library, all the manuscripts “will be held in trust in a specially designed room in the New Deichmanske Public Library”, which will opened its doors in 2018, in Oslo, Norway. There, the authors’ names and titles of their works will be on display, “but none of the manuscripts will be available for reading – until their publication in one century’s time.”

It’s really inspirational to see the way Nature changes itself to get adjusted to the different seasons of the year.

Like Loading...
Anyone could wonder why I’ve chosen this photo among so many to represent with an image the world Thankful.

The answer comes from a deep feeling of completion that I got while standing on this amazing place, over there at the North of Ireland, when I had the chance the walk for about 3 km along the shore of the tip of the island only to see the magnificence of this rock formations that have become the meeting point between the earth with the sea waters for hundreds of years.

So, now, with this image, I have the chance to put together in this post three of my strongest passions in life: traveling, writing and reading.

Although I didn’t physically have a book with me that day on the shore, books are always with me, both in paper and in my head. So, now that I’m thinking about how thankful I’m for all the wonderful things that these three passions have given to my life, I thought I’d also add to this post the titles of some of the books I’ve year and for which I’m absolutely thankful for.

So, from the list of my dearest books, I have to start with two stories that marked my childhood: One and Thousand One Nights, The Travels of Marco Polo and The Miser by Moliere.

While growing up, I added some other titles to my top list, such as the works of Oscar Wilde; Around the World in 80 days by Jules Verne; Love in the Time of Colera, by Gabriel Garcia Marquez; The Name of the Rose, by Umberto Eco; The Adventures of Sherlock Holmes by Conan Doyle, and the works of Charles Dickens.

Recently I’ve increased my list of dearest books with The End of Eternity by Isaac Asimov; The last Dickens by Matthew Pearl; Final Theory by Mark Alpert; The Broker by John Grisham, and the collection of books written by Debbie Macomber around Blossom Street.

It’s hard to keep me from prolonging this list, but the books that I’ve mentioned have giving me so many moments of reflexion and enjoyment, that it’s something to be thankful for.

As for my trips, I have to say that there’s not a single one for which I’m not absolutely thankful and amazed for.

I have to say that I have watched on TV The Little House on the Prairie series over and over, ever since I was a little girl, but it was until recently when a question crossed my mind: What happened to Laura Ingalls’ daughter, Rose Wilder, as the books written by Laura only account for her girl as a little baby.

So, of course, curious as I am, I did a little research on the internet and I was pretty pleased when I discovered that Rose Wilder did an extensive work as a journalist and as a writer.

The first book that caught my attention was Henry Ford’s own story (1917), in which Rose managed to present a lively biography in which Ford is described in a very detailed way since he was a little boy growing up in a farm near Detroit.

Wilder Lane captured the restless personality of the young Henry who found so boring the farm chores, that he started to think in different ways to “automatized” them. His several attempts guided him to his biggest invention: the Ford motor car.

However, to achieve this goal, Ford had to work really hard for many years in Detroit as for him to save enough money to built his machine. He also had to find people interested in his machine, being a dinner owner his very first investor.

After his first automobile was complete, Ford started to participate in car races to show the power of his machine and to raise more money for him to improve his own design. Both goals in which he succeeded, this situation allowed him to start his very own company. This was the beginning of the Ford Motor Company.

As for Rose Wilder Lane, the writing world took her to travel around the world and to be the author of more biographies such as The story of Art Smith and The making of Herbert Hoover. She also wrote different pieces of fiction like Diverging Roads and He was a man, and some non-fiction travel stories based on her own trips.

Like Loading...
I can’t never get enough of this view, a big bridge for a big city. Cheers to San Francisco and the Golden Gate! 🙂

Like Loading...
One year after the Great Depression in the United States (1929), Mildred Pierce, a mother of two and recently divorced, faces the question: How would she be able to support her family?

After looking for a long time, she finally takes a job as a waitress in a dinner. It’s in this place where she finds out that her ability to bake wonderful and delicious desserts can give her the opportunity to start her own business.

With the help of a friend, and a business partner to be, Mildred opens her first restaurant offering only one dish: Chicken. The catch for the customers is that they won’t be able to resist the temptation of taking one of the delicious fresh made pays made by the same pierce.

As time passes by, her fame as a cook grows, that much that she opens two more restaurants, with a great success and becomes a very wealthy woman.

But things won’t remain so “sweet” for this character created in 1941 by James Cain (the same author of The Postman always ring twice).

So, as the novel under the name Mildred Pierce goes, this successful woman who has been strong enough to conquer the top of the business world with her restaurants, has also to deal with the drawbacks of her personal life.

It so that a series of reckless decisions related to her lovers and her older daughter, make Mildred lose her money and her whole restaurant empire.

At the end, Mildred, reconciles with herself after taking some time to understand who something that was so good went so wrong, and gets the strength that she hadn’t found before to cut all the strings with the people that she loved but that were the cause of her ruin.

It’s then when she feels free and happy again. Ready to start a new life.

Like Loading...
Every time I see a beautiful flower, I like to take a photo of it so I can keep it in my very own “digital garden”.

Like Loading...
How many secrets a painting hides is a question that we don’t often ask ourselves while watching a masterpiece hanging on a museum’s wall.

However, the author of Rembrant’s Ghost, Paul Christopher, saw something on the Dutch artist’s work, that made him get the inspiration for writing a novel based on the artist’s paintings.

Placed in our modern world, the main characters, Finn Ryan and Billy Pilgrim, meet for the first time thanks to a Rembrant’s canvas that had been own by a relative and passed by to Pilgrim through a lawyer, after the disapearance of its owner.

Although they don’t undertand at the begining why they’re to chase a group of clues around the world in order to get a hidden treasure, they are certain that the small painting that they have on their hands now is the key to solve the puzzle.

The journey takes them from London to Amsterdam, then to the Polynesia, and after that back to Amsterdam. And it’s during this time when they discover the true story of their own families as well as how was it that an old explorer got to meet Rembrant in Holland and asked him to pain a portrait for his collection, the same portrait that was inherited to them by their lost relative.

It’s only after Finn and Billy have passed through several tests and dangers that they realized that the answer to the riddle is inside of the detailed painting that shows a room in an Amsteram house in which the jewels were hidden by the explorer, and then concealed in the painting made by Rembrant, who helped the old explorer to cover his tracks, to be uncovered in the future only by those able to solve this puzzle made with colors and forms.