Skip to content
I always get amazed when a writer has the immense capacity of developing characters that get alive in our minds.

The way these characters are described and presented in different kind of stories make us feel them real, as we’re able to have a very clear image of them in our minds, so much that little by little they start gaining more and more space in our everyday thoughts.

As the days pass by, we want to know what’s going to happen with them, and how the story’s going to develop for them. In some extraordinary cases, we even rush home to get back to our books and see how things are going for these special characters.

In some cases we even identify with them, and we get attached to them the same as we do with a dear friend.

Then, when the story’s over, we remain close to these characters for a long time, and even forever.

Of course, I have a group of dear characters that I keep in my mind and close to my heart, even when I’ve read some of these books a long time ago.

The very first want that made this kind of impression on me was Peter Rabbit, from the series of books by Beatrix Potter. I first read a Peter Rabbit book when I was a little child, and ever since, this lovely lovely little rabbit has remained as one of my favorite characters ever.

Of course, I’m pretty fond of Sherlock Holmes, that it’s said “is the character that every writer would like to have written”. For that I admire Conan Doyle a lot, however, I have to say that my very very favorite character is Dr. John Watson.

I’m just totally taken by him. Not only because he’s the real image of a loyal friend but also, because in the story, besides being a doctor and Mr. Holmes’ partner, Watson is a writer who really enjoys writing Sherlock Holmes adventures in a very detailed way.

Another character I’ve totally got attached to is Captain James Holland, from the fast-passed suspense novel Pandora’s clock, written by John Nance. In this book, Captain Holland, the pilot of a doomed plane, becomes a true hero in a very humane way, so much that it’s almost possible to see him on the cockpit of the plane saving the day.

And lately, I’ve become pretty fond of the characters of the old TV series Murder, She wrote. Although the characters were created for the series, what I like very much of it is the way every single detail has being taken care of, creating very lively characters that live in an ocean town which, of course doesn’t exist in the real life, but due to the way it was conceive it totally feels like the place you’d like to visit for your next holiday.

Based on this TV series, a number of books keeping the same characters have being written throughout the recent years by Donald Bain, who has being able to keep the same lovely charm of each one of the characters who live in the coastal town of “Cabot Cove”. My favorite one of all of them is Sheriff Metzger, a caring man who looks after the well being of the town and of course, his own friends.

Text and photo by Nora Vasconcelos 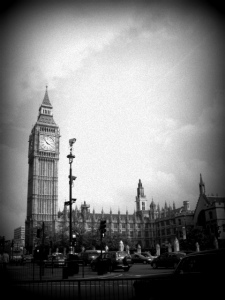 One of the things I like to do is to exchange books with my friends. It was so that A Sudden, Feeraful Death came into my hands.

I had never read anything by Anne Perry, but the text in the back cover made me get into the first page of the book right away.

The story happens at the end of the XIX century in London, when a nurse is found death at a hospital. The event takes an investigator to get inside the hospital to try to discover all the facts of such an unexpected event.

While investigating, the main character, William Monk, gets in touch again with an old friend, Hester Latterly, a nurse who worked with Florence Nightingale during the Crimean War.

Together, they learn the ways in which the old hospital operates and how the different personal interests of the doctors, nurses and administrators influence on the everyday life of this place.

But hard work and facts are not the only things that they find, this time together gives Monk and Latterly the chance to ask themselves about their personal relationship, with not always the best answers at hand.

Through all the novel, suspense remains, showing also very detail passages of the Victorian London, so that that in the end, it’s easy for the reader to feel inside the story looking at the events, just lika another bystander observing Monk and Letterly trying to solve the mysteries of the story.

When the end comes, the crime is solved, but the suspense between the two main characters and their relationship is still there, leaving the door open to new possibilities for these two friends.

Who could resist to this lovely clock with only its hands not made with flowers?

It’s kind of a nice way to remind us how many faces time has and also that time is within our reach for us to decide what to do with it.

May time in our hands become something beautiful like this floral composition.

Like Loading...
This is one of those things I just don’t get tired of watching once an again. This unique fish shows little parts of history through blue and white tiles that cover it taking the observers to an unexpected trip to the past in a very amousing way.

Like Loading...
Over the years, every time I watch the TV series Star Trek The Next Generation there are always two things I wish I could have: A food replicator and a holodeck.

During the episodes it’s common to see people on board of the Enterprise ship getting their favorite food from a machine where their culinary desires are literally materialized in front of their eyes.

Then, when the memebers of the crew need some relaxation, they can go to the holodeck, a place where wonderful images of exotic paradises are shown, as well as some scenes from specific moments in time.

Watching this series all of this seems fascinating and appealing, and I’ve always thought that may be some day one of this things will be available for everybody who’d like get it.

However, I really never thought about how those wonderful things coming from the imagination of creative minds worked. Then, one day this book came to my hands Star Trek The Next Generation. Technical Manual.

Here, Rick Sternbach and Michael Okuda, explain in a very detailed form how things inside the USS Enterprise (NCC1701-D) work. And of course, the first two things I looked for were the food replicator and the holodeck.

According to the book, the food replicator system “can instantly recreate nearly 4,500 types of food which are stored in computer memory.”

This is achieved through the “dematerialization of a measured quantity of raw materials”, which are “rematerlized” later on thanks to a “replication terminal” that produces an “identical copy of the original dish.”

In the case of the holodeck, it’s explained as a “Holographic environment simulator” that “utillizes two main subsystems, the holographic imagery and the matter conversion subsystem”. This “creates” simulated objects that are hard to differentiate from the real objects.

Of course, if I could have these two wonderful machines at hand, I’d intantely recreate a delicious hot cappuccino which I’d drink while enjoying a wonderful view of the Swiss Alps; or I’d reproduce some pinnaple juice to drink it on a Hawaiian beach.

In her travels, Trish Nicholson has crossed the Tibetan Plateau, walked on the side of Mount Everest, and around the Annapurna range in Nepal, but it is to Bhutan she takes us, in her most recent book, Journey in Bhutan: Himalayan Trek in the Kingdom of the Thunder Dragon.*

Amazed by the outstanding Himalayan landscape, Nicholson also took time to meet the people, and through a series of very expressive photographs, she lets them ‘talk’ in their own words in the pages of her book.

Their customs, their everyday problems, their clothes and their food are all reflected here, along with the author’s lively anecdotes that make the readers feel like adventurous travelers going by her side through the rough paths of the Himalayas. This is a place of unique beauty, amazing constructions, and people who are kind enough to warm the heart of all travelers during their journey to this mystical part of the world.

*Amazon and all major online suppliers

** All images courtesy of Trish Nicholson.

Like Loading...
It’s always surprising how easy it’s to find beauty in those things that are uncommon such as this photo out of focus in which colorful flowers stand out.